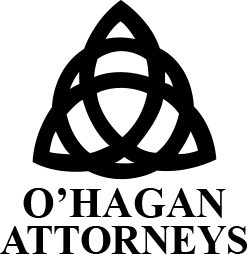 Sarah and John are madly in love and decide to take their relationship to the next level. They move into John’s house as it has a beautiful garden and to celebrate they buy a little dog named Lulu. Everything seems like a fairy tale and they are happy beyond belief!

Sarah sells her house and pays the proceeds into John’s mortgage bond. John continues to pay the bond, as he earns more than Sarah, but Sarah covers the monthly household expenses which includes Lulu’s food and vet’s bills.

After four years, Sarah and John realise that things are not quite what they had imagined and they decide to separate. What happens now?

Sarah has no legal right to a share of John’s property even though she contributed to the bond and paid the monthly expenses. Unless John voluntarily agrees to a settlement, Sarah could find herself penniless unless she can afford to go to court and even then there is only a limited chance of success.

Sarah also does not have an automatic right to maintenance from John even though he has been financially supporting her during their relationship.

And Lulu, you ask? Well, there is no agreement between Sarah and John about what happens to their pet and they will both have to agree as to who can keep the dog and whether the other is allowed visiting rights and alternate weekends. As the breakup was quite acrimonious, Sarah might have to leave Lulu in her old life unless she is prepared for a legal battle. Can you imagine if they had kids?!

This is such a complex problem from a rather simple example which could so easily have been solved if Sarah and John had entered into a cohabitation agreement.

When a relationship ends: Protect your rights

All unmarried couples (heterosexual or homosexual) who have chosen to live together should sign a co-habitation agreement to protect their rights as a couple and safeguard their individual interests and assets.

Even if a couple has been living together for some time, there is no automatic legal protection built into the relationship and a breakup may be as brutal as a divorce.

A cohabitation can specifically provide for:

3 Top Reasons why you need a Cohabitation Agreement

The costs can vary depending on the complexity of your affairs. We charge a fee of R1,750.00 (VAT exclusive) per hour based on a time/work basis. Typically a cohabitation agreement would typically take between 2 – 4 hours which includes the consultations with you to take your full instructions, the drafting of the agreement and any amendments you wish to bring to the agreement before final signature.

Remember that the cost to draft a cohabitation agreement is nothing compared to the cost to sort things out if you separate without an agreement.

What else do we need to do?

Draft wills to ensure that your partner will inherit from you on your death. If you were to die intestate – without a will - the State determines as to who gets your assets and this may not necessarily be in accordance with your wishes. If your relationship is not formally recognised because you are not married or have a civil union, you will need to approach a court in order to claim a benefit from the deceased estate which will be costly and time consuming. Draft your wills here.